Curious about something in particular..? 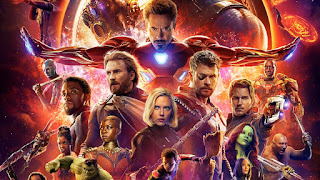 I've been very quiet on the film front lately, which has been largely to do with other commitments and of course the time of year. But here are my best, worst, most overrated and most underrated films of 2018 in no particular order. And if you'd like to read the full review for a particular film, just click on the title:

Email ThisBlogThis!Share to TwitterShare to FacebookShare to Pinterest
Labels: Curious About Movies 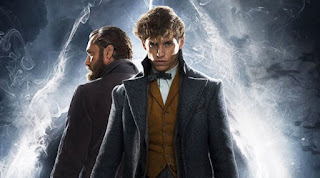 I love Harry Potter. From the moment I watched the first film I fell deeply in love with the insanely-rich, ingeniously-crafted world and the incredible characters that occupy it. If you’re familiar with my blog, you’ll know that I’m a huge Ghostbusters fan, but given the choice between a proton pack and a wand, well, just call me a traitor already. Hell, Jurassic Park is my favourite film of all time, but I’d swap my ticket to Isla Nublar for an enrolment letter to Hogwarts in a heartbeat. Have I made my point clear? I. Love. Harry. Potter. So please bear that in mind as this review of Fantastic Beasts: The Crimes of Grindelwald unfolds…
Read more »
Posted by Curious Rookie at 05:16 7 comments:

Email ThisBlogThis!Share to TwitterShare to FacebookShare to Pinterest
Labels: Curious About Movies, Fantastic Beasts and Where to Find Them, fantastic beasts the crimes of grindelwald, Harry Potter 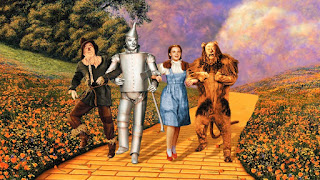 The Wizard of Oz has delighted hearts and minds aplenty since its theatrical release in 1939. It was the first to adopt technicolor, too, allowing for the film’s transition into the Land of Oz to be both seamless and staggering at once. In the best part of a century later, there have to date been a number of sequels of sorts, television shows and many other interpretations – no surprise given that creator L. Frank Baum penned a total of fourteen Oz books.
Read more »
Posted by Curious Rookie at 07:34 No comments:

Email ThisBlogThis!Share to TwitterShare to FacebookShare to Pinterest
Labels: Curious About Reading, l. frank baum, reading, the wizard of oz, the wonderful wizard of oz 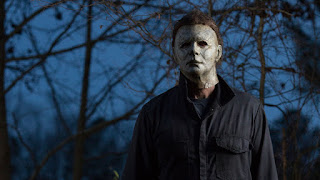 Directed by horror master John Carpenter, the original Halloween pits suburban teenager Laurie Strode (Jamie Lee Curtis) against Michael Myers – an embodiment of pure evil who, as a young boy, killed his older sister on the night of Halloween for reasons unknown, before spending the next fifteen years in Smith’s Grove Sanitarium. With a big kitchen knife and a plain-white William Shatner mask, Myers hacked his way through Haddonfield, Illinois, and has done so for decades since.

Read more »
Posted by Curious Rookie at 04:52 No comments: 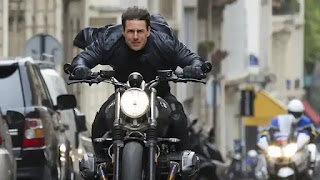 A little slow on the film reviews again, so here's a handful to keep you satisfied until I review Venom and Halloween next week...
Read more »
Posted by Curious Rookie at 04:54 No comments:

Email ThisBlogThis!Share to TwitterShare to FacebookShare to Pinterest
Labels: a simple favor, Curious About Movies, king of thieves, mission impossible fallout, the incredibles 2, the nun 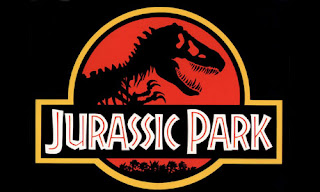 There was a time when dinosaurs were perceived as nothing more than large scaly lizards, on both the silver screen and in the real world. It wasn’t until Steven Spielberg’s earth-shattering Jurassic Park that this perception began to alter drastically. That’s not to suggest the film changed the landscape of science, of course, but rather the viewpoint of the average person and cinemagoer alike. In fact, in the decades since, the film has been scrutinised by palaeontologists for some its scientific inaccuracies. In its defence, though, some were deliberate (who actually wants to see a feathered T-Rex?), while other representations were simply drawn from the research that existed at the time.
Read more »
Posted by Curious Rookie at 08:29 No comments:

The Predator is the third sequel to 1987’s Predator, which pitted Arnold Schwarzenegger and his fellow commandos against the now-iconic marauding alien in a Central American jungle. With incredible practical special effects, claw-biting tension, superb acting and some of the best one-liners in film, Predator remains one of the best and most original sci-fi thrillers to this day. Along with Terminator 2: Judgement Day, it’s also one of Arnie’s two greatest films. Its own 1990 LA-based sequel, Predator 2, however, fell somewhat short, but at least managed to make for some great expansion of the mythology in its final ten or so minutes. Fortunately, the far superior and criminally-underrated Predators in 2010 went back to basics with its jungle planet setting.
Read more »
Posted by Curious Rookie at 04:18 No comments: 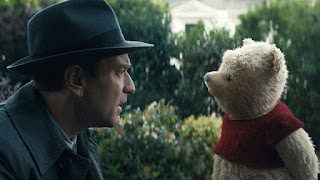 Read more »
Posted by Curious Rookie at 07:38 No comments:

Email ThisBlogThis!Share to TwitterShare to FacebookShare to Pinterest
Labels: christopher robin, Curious About Disney, Curious About Movies, the happytime murders, winnie the pooh

8 Top Tips For Your Trip To Tokyo Disneyland 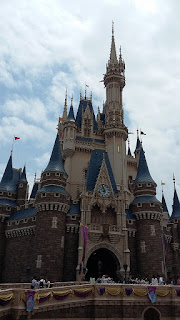 It might surprise you to learn that there's a Tokyo Disneyland in existence. Up until a couple of years ago, my wife and I had no idea, yet by that point we'd already been to Disneyland Paris, Disneyland California and Disney World Florida a good bunch of times. In fact, since our first trip in 2012, Disneyland Paris has been our favourite. I personally find the cooler weather there and its ample size – along with its quintessential European charm - incomparable.

Read more »
Posted by Curious Rookie at 02:44 No comments: 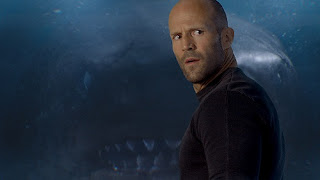 Shark movies have come in many shapes and sizes over the years, but more so since 1999’s Deep Blue Sea than 1975’s Jaws (she was the first). Two species now plague the screens: there are the deliberately-shlocky straight-to-SyFy stinkers like Sharknado, and there are those that are worthy of the silver screen like 2010’s The Reef and 2016’s The Shallows. Luckily, Jon Turtletaub’s The Meg falls into the latter.
Read more »
Posted by Curious Rookie at 04:14 1 comment: